Going To The Well...For Cupcakes? 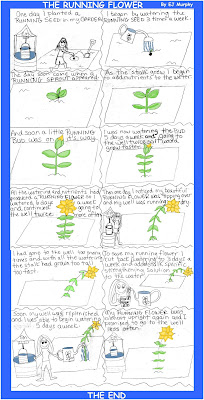 In my short 1 year of training I have prided myself in my ability to squeeze that last bit of effort out of every workout. My coach who has been at this running stuff just a bit longer then myself(his 7000 plus runs compared to my 500? runs) often uses the term "going to the well" when describing putting in that extra effort. He has advised me on numerous occasions that "going to the well" should be done sparingly and certainly not on every workout. I on the other hand had been advancing so quickly in my speed and endurance that I continued to push for every last drop of effort and even berated myself when I did not. So after one year of continually progressing and a bunch of PR's to show for it I find myself struggling with a bad case of runner's knee. I can't help but wonder if I may have gone to the well too often, wanting to be too fast too soon, and am now somehow paying for my "Greed". Funny how all the extra effort, all the extra pain gets turned around and now just looks "Greedy" on me. I must confess that I can honestly see how going to the well on those many occasions was in fact greedy. To say it quite simply, I wanted to be FAST FASTER. I believe also that my naivete had a part in leading me to this end. Like a child who greedily eats an entire plate of cupcakes not realizing that she will have an agonizing stomach ache in an hour. The pain is not immediate so she keeps on eating. So like the child, I have enjoyed my cupcakes and now as I sit here in pain I have also hopefully learned my lesson to always leave a few cupcakes on the plate to enjoy later.
Posted by Eliza Ralph-Murphy at 6:32 AM

His only comment was...
"I went to the well, and the well was dry".

Too bad he didn't save some cupcakes just for this occasion.

I suppose it is very, very hard to judge just how full your well is at any particular time. Sometimes you'll get it right...other times you won't. OK, I will ponder for a while.